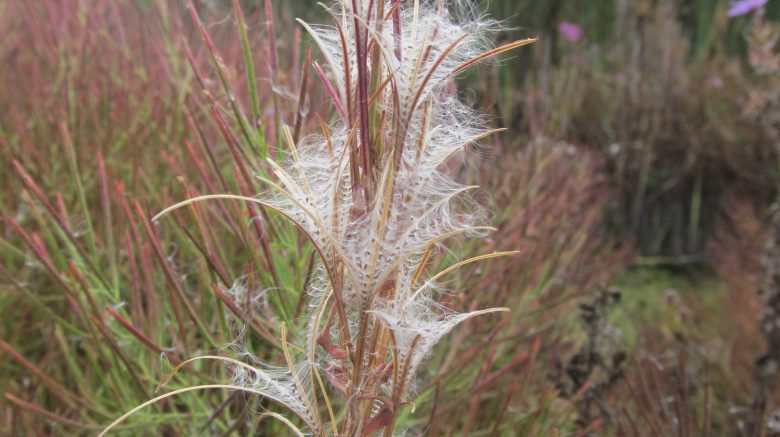 Fall has officially arrived at Lakeshore State Park, and our plants are beginning to seed. While there may only be a few forbs (flowering plants) left, the park remains beautiful as the wind can be seen sweeping through the drying grasses. Insects and birds are starting to make preparations for the colder weather, and are migrating through or scavenging for seeds, a primary source of food for winter months in the Park.

The beginning part of fall is prime viewing time for the Aster family of lowers (genus: Symphyotrichum). These can be seen throughout all prairie areas of the Park.

The Double Crested Cormorants have made their way south, with only a few lingering behind into October. New migratory birds this month include the American Coot (Fulica americana), American Pelican (Pelcanus erythrorhynchos) Common Yellowthroat Warbler (Geothlypis triches), and Black Bellied Plover (Pluvialis squatarola) in winter plumage. Watch carefully for new species coming through they normally only stay for up to 2 weeks before their fall migration is done!