Lakeshore State Park is home to some of the most accessible fishing spots in Milwaukee. With multiple fishing areas, it is connected to Lake Michigan and is host to the same species of fish as found in the coastal areas of the Lake. Rock, Smallmouth and Largemouth Bass are common in the lagoon, as are Bluegills, Sunfish and Northern Pike. During fall months, Trout and Salmon species are seen jumping through the water as they prepare to spawn. Many fishermen even brave the shoreline winds in winter, and once the ice is thick enough, ice fish for Northern Pike and Trout in the lagoon! The Park is open 24hours/day for fishing purposes. State of Wisconsin licensing and regulations apply. Some species found in Lake Michigan require an additional permit. For more information or to obtain a license, please see the DNR's fishing information at:dnr.wi.gov/topic/fishing/

We are committed to fair and equal treatment for all.

Most lakes and streams in Wisconsin have invasive species. Lake Michigan is home to invasive species such as the Round Goby, Zebra/Quagga Mussels, and Rusty Crayfish. The invasive species rule (Wis. Adm. Code ch. NR 40) makes it illegal to possess, transport, transfer, or introduce certain invasive species in Wisconsin without a permit. If an invasive is inadvertently caught while fishing, please dispose of it on land rather than putting it back into the water. In any case, do not keep it for any purposes, especially for use as bait! To help prevent the spread of aquatic invasive species (AIS), the DNR has several recommendations including:

Located at the fishing dock and along the south entrance railing, you will see plastic PVC tubes with a sticker requesting your disposal of used fishing line. The monofilaments line can be recycled and proper placement into these bins prevents the line from endangering the bird species at the Park. Please do your part and place any excess/used fishing line into these for proper disposal. Please do not place ordinary trash or hooks into these, as this only complicates the recycling process. For other waste, use the trash cans located at the north and south entrances of the Park.

View online or download the DNR's biannual publication of safe eating guidelines 'Choose Wisely' or pickup during your next visit from the Park's brochure holders.

Lakeshore State Park is a popular place to dock your boat, especially during festival season. Transient boating is available for up to 4 consecutive days, and docking fees include electricity. Docks are available May 15th through October 31st.

Current fees for overnight boating are $1.50 per foot, with a $30 minimum charge, plus $7.75 reservation fee. Hourly dockage is available at a rate of $3 per hour, with a $9 minimum during non-fully reserved weekends on slips 5, 6, 19 and 20. The marina is often fully reserved during festival dates.

Check-in begins at 3pm, and check-out is at 1pm. There is no need to call upon arrival.

During the evenings of fireworks events, trail access to the marina is closed during the required fireworks safety zone closure. This occurs 1hr prior to firework discharge through approximately 1hr after to complete safety walkthroughs of the property. Please plan accordingly to either remain on the docks or beyond the closure zone during the fireworks closure. Signs are placed a minimum of 24 hours in advance of the fireworks shows to indicate closure times at each park entrance.

Glaciers formed and covered the area

Hunter and Gatherer' Natives began to make settlements along the Milwaukee River where it connects to Lake Michigan.

Both Native and European settlements coexisted until Natives were forced out with the expansion of the European fur trade.

European Settlement. Wetland areas around the Milwaukee, Menomonee and Kinnickinnic Rivers were gradually and laboriously filled in to increase access to the rivers and support a growing city population. In this particular area, the original shoreline would have been up to 1,000 feet inland!

Milwaukee Metropolitan Sewerage District begins construction of the Deep Tunnel Project. Rock powder and shards generated from the tunneling machine was deposited along Milwaukee's lakefront to protect the festival grounds and provide a safe area for ships in inclement weather.

Harbor Island was opened when soil and Kentucky bluegrass were laid over large mounds of the limestone and dolomite tunnel debris. A crushed stone path was laid around the perimeter, allowing it to become a very popular fishing site.

Approval for the transition from Harbor Island to Lakeshore State Park by the DNR Board.

Discover one of Wisconsin's premier places to bird watch right here in the heart of Milwaukee! As part of the Lake Michigan Flyway, Lakeshore State Park hosts over 70 species of indigenous and migratory birds each year. From birds of prey and songbirds, to shore birds and waterfowl, you're sure to see an array of birds at any time of the year!

If you love birding and want to find out what others have observed, check out ebird.org, created by the Cornell Lab of Ornithology and National Audubon Society.

Here you can create an account to submit your findings, look up information about different species, search for bird sightings at Lakeshore State Park, and see when certain species are typically at the Park, as well as numerous other sites throughout the country.

Both grey and red foxes call the Park their home, and kits (youngsters) of both species are observed at the Park every year.

The foxes are often seen at dawn and dusk, hunting, playing or just walking down the trails.

Other mammals that live in the Park include mink, woodchucks, muskrats, various mice and voles, and an occasional rabbit, coyote or deer.

Aside from birds, mammals and fish, Lakeshore State Park is host to a variety of other vertebrates (animals with true backbones).

While walking around the rock prairie at the south entrance, keep a close eye out for Common and Butler's Garter Snakes.

These snakes are not a threat to humans (but do eat worms and other small creatures). Near the rocky shores of the basin, look for resident Snapping, Soft Shelled and Painted Turtles, which often poke their head up while they warm up in the shallow water.

It is common to observe large Bullfrogs in the wetland prairie, sunning themselves on the rocks.

Photos of reptiles and amphibians found at the Park courtesy of A.B. Sheldon and the Wisconsin DNR.

An invertebrate is an organism without a true backbone. This means that it has neither a cartilage or bony spine. The majority of invertebrates instead rely on an exoskeleton to protect their vital organs. Lakeshore State Park is host to a variety of pollinators and other invertebrates. The diversity of the prairies allow insects to thrive here throughout the growing season, and they provide an overwintering habitat for species that do not migrate. These animals may be creepy crawlies, but check them out-they are vital to the ecosystem and can be beautiful and interesting!

The short-grass prairie habitat at Lakeshore State Park provides vital food and shelter for migratory birds as well as other native animal and insect species.

In addition, the prairie helps to enhance the feeling of space in a crowded urban area while allowing for spectacular open views of the surrounding city and lake.

During spring and summer, forbs (flowering plants) such as Butterfly Weed, Purple Coneflower and Coreopsis dominate the prairies.

These give way to native grasses, such as Big Blue Stem, Indian Grass, and Sideoats Grama in the fall.

The park area once was part of Lake Michigan, with surrounding areas dominated by wild rice, but the prairie plants observed here would have been present in large portions of Wisconsin prior to urbanization.

The restoration process is ongoing, so stop by often to see what we're working on next!

The basins and surrounding waters hold a surprising variety of fish species.

Seasonally a wide variety of Great Lake Trout and Salmon species enter the basins and are seen jumping through the water.

Anglers use the park year round, including a die-hard group of ice anglers who are out even on the coldest days.

The Park is also used as the release site for the annual SturgeonFest (DNR/RiverEdge Nature Center), where roughly 1,000 Lake Sturgeon fingerlings are placed into Lake Michigan as part of a restoration initiative.

Lakeshore State Park offers educational programs for teachers, community organizations, private events and the general public. The programs emphasize sustainability and stewardship of our natural and freshwater resources. These experiences are geared toward learners of all ages, and include walks, tours, lectures, hands-on outdoor activities and laboratory exercises.

Guest speaking, field trips and labs can be tailored to fit your current content needs and meet many of the Next Generation Science Standards (the curricular framework for the state of Wisconsin). For schools and groups with limited budgets, fee waiver applications are available to ensure access to all learners. To schedule a field trip or talk, request a copy of our Educational Programs Brochure, or for more information, please contact our Park Naturalists at 414-274-4282.

Outdoor education and play support emotional, behavioral and intellectual development. Studies have shown that students who learn outdoors develop: a sense of self, independence, confidence, creativity, decision-making and problem-solving skills, empathy towards others, motor skills, self-discipline and initiative.

EEK! Environmental Education for Kids provides high quality, locally relevant information for students to learn about Wisconsins’s natural resources. Designed for upper-elementary and middle school students, EEK!’s student-friendly content is used by teachers as both a catalyst to connect, explore and engage in learning outside as well as a resource to deepen that learning. EEK has over 900 pages to help students learn about Wisconsin’s ecology and natural resources.
ENVIRONMENT EDUCATION FOR KIDS 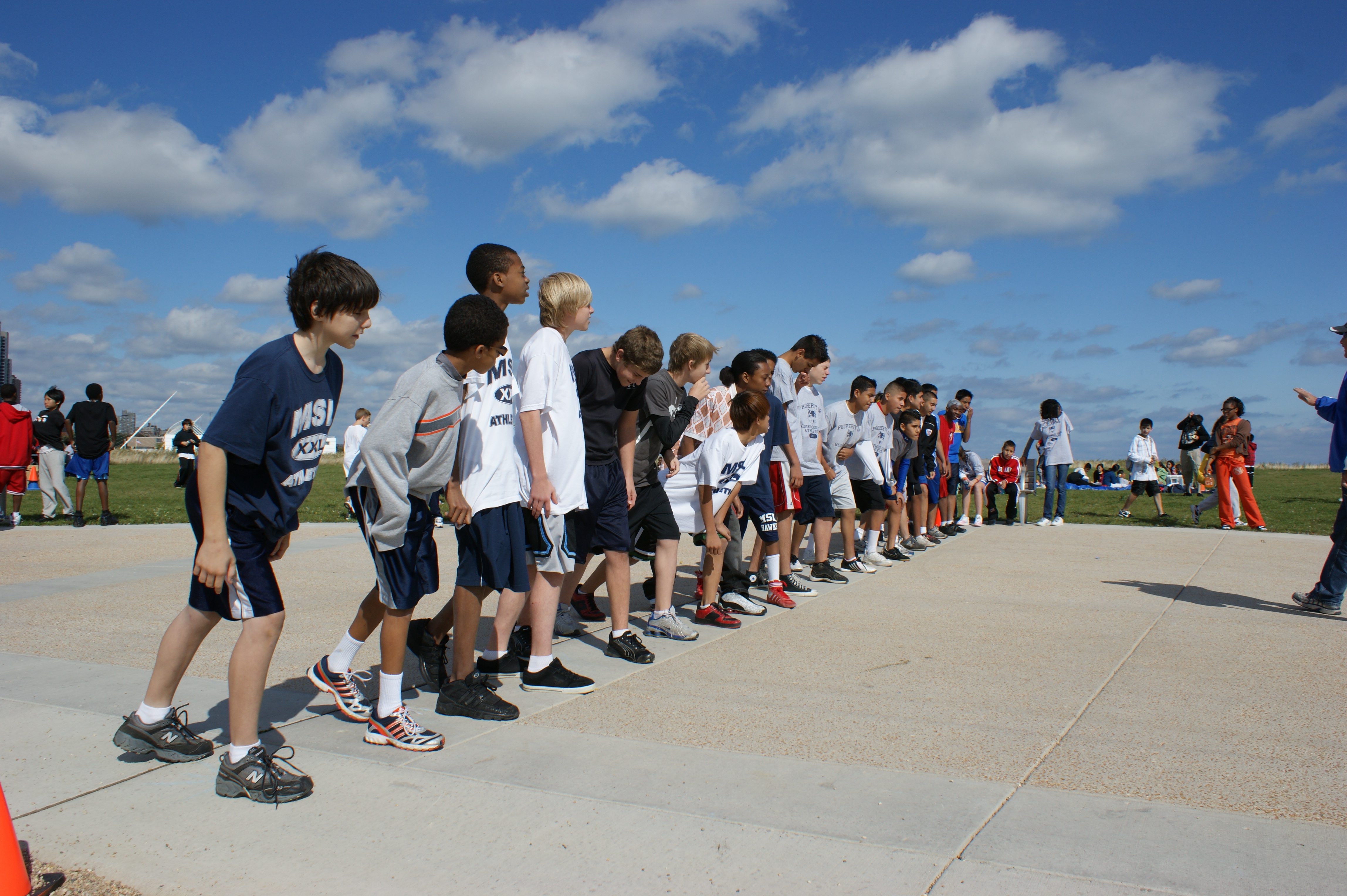 Get outside today and enjoy fun family-friendly activities for free!